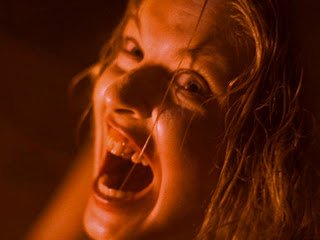 In a recent assessment, the concept of biting was brought to my attention as being a specific form violence that is uniquely applied and yet not often delineated upon. Biting may be introduced into victimization without killing an individual; additionally, there are instances in which biting takes place during crime commission or even postmortem. The following article concentrates upon the wonders of biting, the motivation behind such a primal action, and the sexual and psychological connotations framing such an event.

Biting may be assessed in cases in which an animal, most often a dog, bites or injures another canine or person and at times such an event can result in death. For the purpose of this discussion, biting is geared solely towards human on human occurrence. It should be noted that biting is not an objective characteristic but rather highly subjective in relation to the implications that were meant to be conveyed by such a commission. For example, biting a child is not the same as biting your attacker or an attacker biting their victim. Also, it should be noted that there are implications associated to biting in which the individual is objected and deemed to be an object for disposal or modification.

Children often bite other children. This is most often a method to convey territory, power, intimidation, and at times even favoritism. If I am a child and I bite another child, this may be a method for me to illustrate that I have control and not only will I bite you to express such a position but I leave my mark on your body to remind you of my supremacy in case you shall forget. A child bites due to an oral fixation in the early years; however, as a child grows into other stages of development and continues to bite, this isn't a concept that can merely be deduced to a developmental stage, nor should such an excuse be attributed to this behavior. However, it should be noted that there may be behavioral elements that are maladaptive as one continues through various developmental processes that may lead to biting.

Furthermore, a child may bite another individual for vengeance, to retaliate in a manner that is highly aggressive. A child does not have to be aggressive in regards to behavior to bite another child or individual. There are instances in which a child that is playful, elects to bite another individual during play, not fully comprehending that such a maneuver would be painful. Also, children who are categorized within the preschool age range may elect to bite others due to anxiety or stress experienced and also just to simply receive attention (Banks & Yi, 2007).

A Parent or Adult Biting a Child

A 5-week-old baby boy ends up in the ER with bite marks all over his body that were made by his 19-year-old mother. The mother lost custody of her child and was charged with a felony. The child had contusions and bruising on his back and buttocks and scraping on his genitalia. The boy had bite marks on both shoulders, his upper back, the middle of this back, his left buttocks, and on his left thigh. The mother claimed that she didn't want the child and that she bit him because he was being "fussy" (Goldstein, 2010).

According to a Freudian stance, father's may have a propensity to bite daughters with mother's having the tendency to bite their son's. If a mother was to elect to bite their daughter, it would only be done in the absence of a father. Likewise, if a father were to bite his son, more than likely the mother would not be in the direct vicinity during this event. Furthermore, it is my opinion that when a parent bites their child and they are the same sex (mother to daughter and father to son), this sort of event is highly sexual and such a sexual component would further demonstrate the emotionality fueling the bite.

Ted Bundy bit Levy twice on the buttocks near her death or just after her death. The photographs taken of this evidence was the method that was utilized in the odontological comparative analysis, convicting Bundy of her death. According to Lane (1992), when bite marks are non-sexual in characteristic they are in locations such as the nose, ear, chest, thorax, finger (as cited in Steck-Flynn, 2007). The sexual nature of bite marks can be discovered on the buttocks, thighs, pubic area, breast, arm, front of the shoulder and on the neck.

Males are most often bitten on the arm, chest, or abdomen. Lane (1992) studied homosexual cases of assault in which biting took place and such wounds are more prevalent on the back of the shoulder, back, arm, armpit, chest, penis, or scrotum (as cited in Steck-Flynn, 2007). With bite marks equivalent to a possible sexual nature, it can be deduced that such a finding on a body is also illustrative of high emotions expressed in crime commission. The emotional offender is typically that of the right-brain dominant, disorganized offender. I must say that it is of course possible for a left-brain dominant, organized offender to skillfully plan and strategically place a bite indentation on his or her victim; however, bite marks are going to be more prevalent among the disorganized offender. Also, the disorganized offender has the propensity to leave behind evidence versus that of the organized offender and when a victim is bitten at a crime scene, the bite indentation is the odontological evidence or impression that is left at the scene.

The emotional aspect of biting another individual during the process of taking their life is a bit of a frenzy, it is wild and sadistic, sexual, emotional, and animalistic. However, the individual that were to bite their victim postmortem, after they have killed them reflects a characteristic that is much more subjective in nature. This sort of finding could reflect a signature, an infatuation with leaving their mark on the body, or even biting off a piece of the body that they can take with them to keep as a trophy. To bite someone after they are dead may also be considered to be equivalent to ejaculating on the body postmortem. Biting is a characteristic indicative of a paraphilia, a sexually pleasing trait that is formally classified as odaxelagnia. During my research, I have found that females are most prone to biting the tongue, lip, or penis off in their attack on males. This finding is further demonstrated in retaliatory maneuvers during a sexual assault.